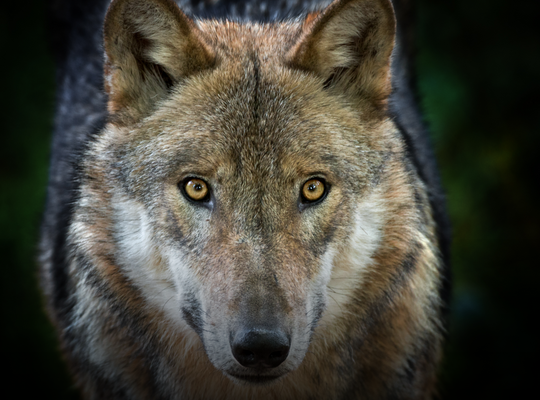 The Origin of Dogs. What Matters?  Every year, “new” research claims to uncover the “new” origin of domestic dogs.  Such is the case in a recent article published in Discover Magazine, December 2016, which points to genetic studies that place the domestication of dogs in Europe, Central Asia, the Middle East, South Asia or Southeast Asia, and dating their origin between 10,000 and 38,000 years ago. Before that, Scientific American, May 2016, reported that a “35,000-year-old wolf bone found below a frozen cliff in Siberia is shedding new light on humankind’s long relationship with dogs, showing canine domestication may have occurred earlier than previously thought.” Before that, The Smithsonian Magazine, May 2015, stated, “instead of pinning domestication at about 11,000 to 16,000 years ago, new genetic evidence shows that man’s best friend may have split from wolves 27,000 to 40,000 years ago.”  Before that, The Scientist Magazine, November 2013, reported, “domestic dogs evolved from a group of wolves that came into contact with European hunter-gatherers between 18,800 and 32,100 years ago and may have since died out.”  Before that, the list of “new” evidence of dog origins continues for the previous two decades.

While contemplating the origin of today’s dog makes for a great discussion, or a heated debate among scientists and academia, I am not sure how important the when’s and how’s are compared to the fact that dogs did indeed evolve from wolves.  After all, my client’s have always been more concerned with what occurred with their dogs in the last 40 minutes than what may have happened in the last 40,000 years.  However, because biology and behavior are inseparable, knowing the genetic makeup of my dog helps me to understand the driving force behind his behavior.  For example, when my dog attempts to jump on me, I know his objective is to achieve a ‘head level’ status with me.  Wolf cubs do this to solicit food from the adult wolves who feed them by regurgitating.  As the cubs age, greeting head level is necessary for proper identification which in turn leads to very standardized and ritualized behaviors required of the hierarchal system established by nature to blunt aggression within the pack.  Because we humans are vertical, not horizontal creatures, jumping is required by our dogs to achieve a very natural objective.  Also, understanding the natural obstacles you will encounter because of your dog’s wolf heritage when you set about teaching your dog to come to you when called, will allow you to dial in a bit of grace and patience during the training process.  All wolf to wolf behavior is centered around contracting or expanding the distance between the two wolves.  Contracting the distance serves two purposes.  First, it allows the wolves to communicate without making an unnecessary noise which could alert nearby prey to their presence thus, motivating their prey to move out of the area and requiring the wolves to expend more energy to hunt them.  Second, because of the previously mentioned hierarchal system found in wolf packs, the closer a wolf is to another wolf, the more influence it has on the behavior of the other wolf.  Therefore, unless your dog feels the need to adjust your behavior, i.e. pet me, feed me, give me a treat, etc., coming to you from a distance because it heard an auditory signal (“come!”), is unnatural, and may require consistent training to achieve a positive response.

With enough time, a flowing stream will wear down a stone, but the remnants of the stone remain as minerals and sediment that are carried by the stream until they are deposited on a river bed where the process of forming a new stone begins all over again.  Evolution is a never-ending process and dogs have been evolving at the same rate as today’s extant wolf, with neither resembling the creature they both originated from before the evolutionary fork in the road. However, both the wolf and today’s dog still carry minerals and sediment in the form of an instinct from a time when both were one, and those minerals and sediment have fabricated the basis of our dog’s behavior. I believe understanding this is far more important and relevant to today’s dog owners than understanding how the dog that occupies space in their home came to be.