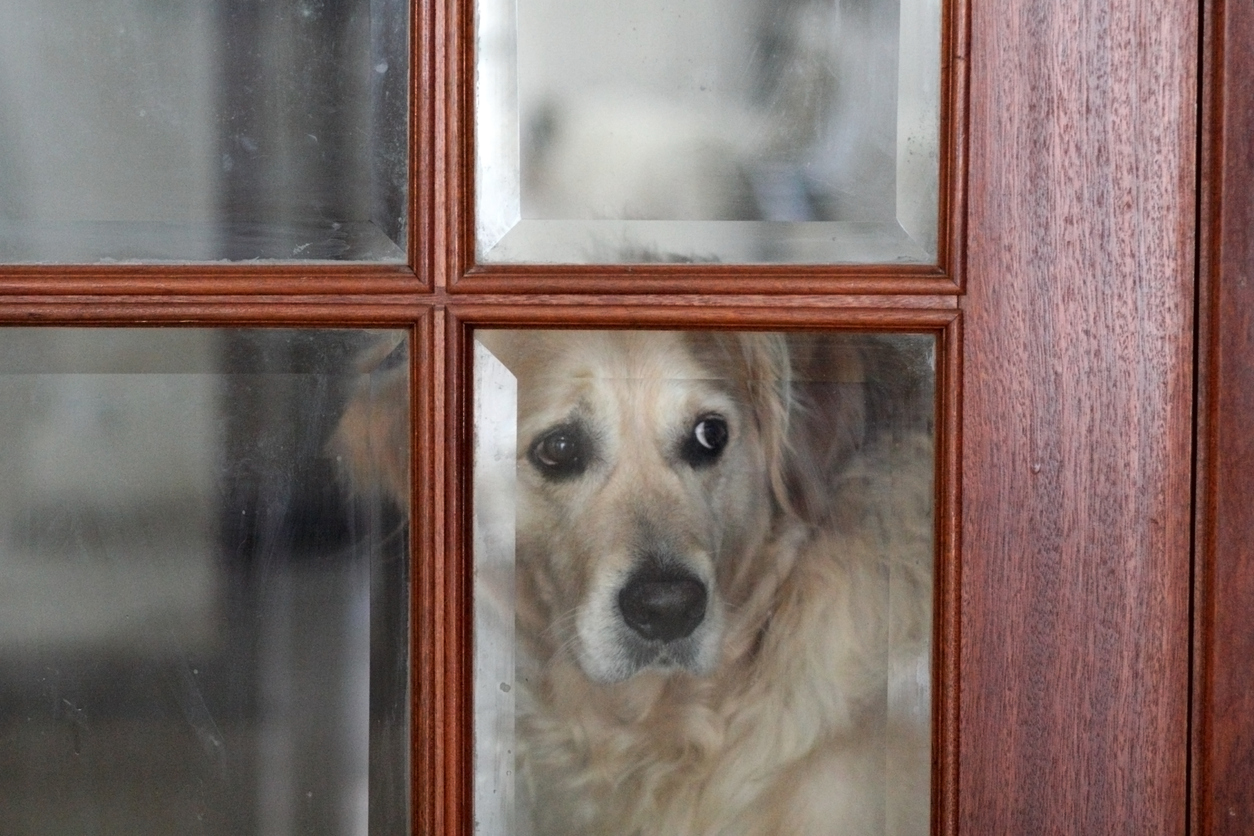 The ionized air was detected by Elsie several minutes before the arrival of the booming thunder and the brilliant white and blue talons that streaked through the dark recesses of her home in an attempt to snare her. As soon as she sensed the approaching storm, Elsie raced for the hallway closet that had served as her refuge from thunderstorms for the past six years. The 3 am darkness concealed any trace of the closet’s presence, along with the console table that had been positioned by Elsie’s owners to prevent the closet door from ever closing, but that did not matter to her. She’d made the same panic-stricken run hundreds of times from every possible location in the house and knew every obstacle and turn along the way. She also knew to duck her head when rushing into the closet to avoid hitting the first of four horizontal shelves that had been built into its interior to hold various knick-knacks and family memorabilia. Because of that, Elsie’s eyes were momentarily taken off of their intended target which made her unaware that the door had been closed earlier in the day by her family’s oldest son who was home visiting from college and she slammed into the door at nearly full speed. The impact fractured the zygomatic bone on her left cheek and perforated the eye above it. But even though she was under a great deal of pain and the blood rushing into the jagged tear in her eye had partially blinded her, Elsie immediately picked herself up and began ramming the closed door over and over again. In the background, lightning cracked with an insidious hiss, and the roar of the thunder drowned out the sound of Elsie’s head battering the unforgiving door in a desperate attempt to reach the only place in her mind that would save her from the storm.

You’ve just read a snippet of one of the real cases I’ve worked that is included in my upcoming book titled, The Impenetrable Lie – Rehabilitating Fearful and Aggressive Dogs, which will be released (hopefully!) late fall of next year. The story involves a seven-year-old, female, golden retriever named Elsie who suffered from an extreme case of astraphobia (fear of lightning and thunder). So much so, that in the rest of the story, I go on to describe how Elsie, who had been left home alone, eventually abandoned her attempt at battering the closet door open with her head and instead, elected to tunnel through the wall next to the door using her claws and teeth to get inside. To this day, no one is sure how long it took her, but when the oldest son, who had mistakenly closed the door while watching the house for his vacationing parents, returned home early the next day morning, he discovered the shredded wall and an injured and terrified Elsie curled up in the deepest corner of the closet. In addition to her previously mentioned injuries, she also sustained damage to her body from tearing through sheetrock and wood held together by nails and screws that required 60 sutures and staples, and extensive dental work to repair three broken teeth.

Elsie’s story is a sad story made even sadder by the fact that there were three other closets with wide open doors she could have used instead. There were also three beds, two bathtubs, and several tables she could have crawled under or in. But for Elsie, none of those options would do, because it was the tight confines of the hall closet that had saved her hundreds of times before and always made the evil thunderstorms go away. Therefore, only the hall closet would do, and Elsie was willing to suffer any amount of pain necessary to reach the safety of its interior.

Everyone involved suffers from the devastating effects of mental illnesses – not just the individual who is afflicted with it. Elsie’s owners had attempted everything possible over the years to include training, counter conditioning, desensitization tapes, and thunder shirts to help their dog battle her fear, and were overcome with despair and guilt when they learned what had happened. When they came to visit me after returning home, they were clinging to the only strand of hope they had left. After a lengthy and painful interview with them, I wasn’t sure if the strand they clung to would be able to support their hope. Elsie was the worst case of canine astraphobia that I had ever encountered.

In the book, you will read that Elsie’s story has a happy ending. By the grace of God, the nine-month long pharmacotherapy program we embarked upon finally released Elsie from her tormented condition and pulled the teeth from the fierce thunderstorms, allowing sweet Elsie and her owners to live her remaining four years of life without fear of approaching storms.

Just as it is with humans, not all dogs respond to treatments that do not include the use of proper psychopharmaceutical medications as part of their therapy and rehabilitation. Such was the case with Elsie. Without the use of a tricyclic antidepressant and other medications that were part of her pharmacotherapy program, Elsie would have stood a zero percent chance of overcoming her phobic condition and living her remaining years without terror. The previous six years of attempting the use of anything and everything but a pharmacotherapy program had not only proven such, but it had contributed to worsening Elsie’s condition when her owners just gave up and decided to prop open the door to a hallway closet, so Elsie had a safe place to go during storms. Not only did this enabling tactic fail to treat Elsie’s condition effectively, but it also gave cause as to why she was so determined to reach the safety of its interior when other less painful and injurious options were available to her.

For dogs who suffer from severe mental disorders, pharmacotherapy is a viable option to restore a quality of life for them. If your dog’s problematic behavior fails to respond to conventional training and it has worsened over time, don’t lose hope and certainly, don’t become an enabler. Do the best thing possible for you and your dog and have it evaluated by your veterinarian or by someone well versed in canine pharmacotherapy. Elsie’s owners did so, and it saved Elsie’s life. You doing so could save your dog as well.