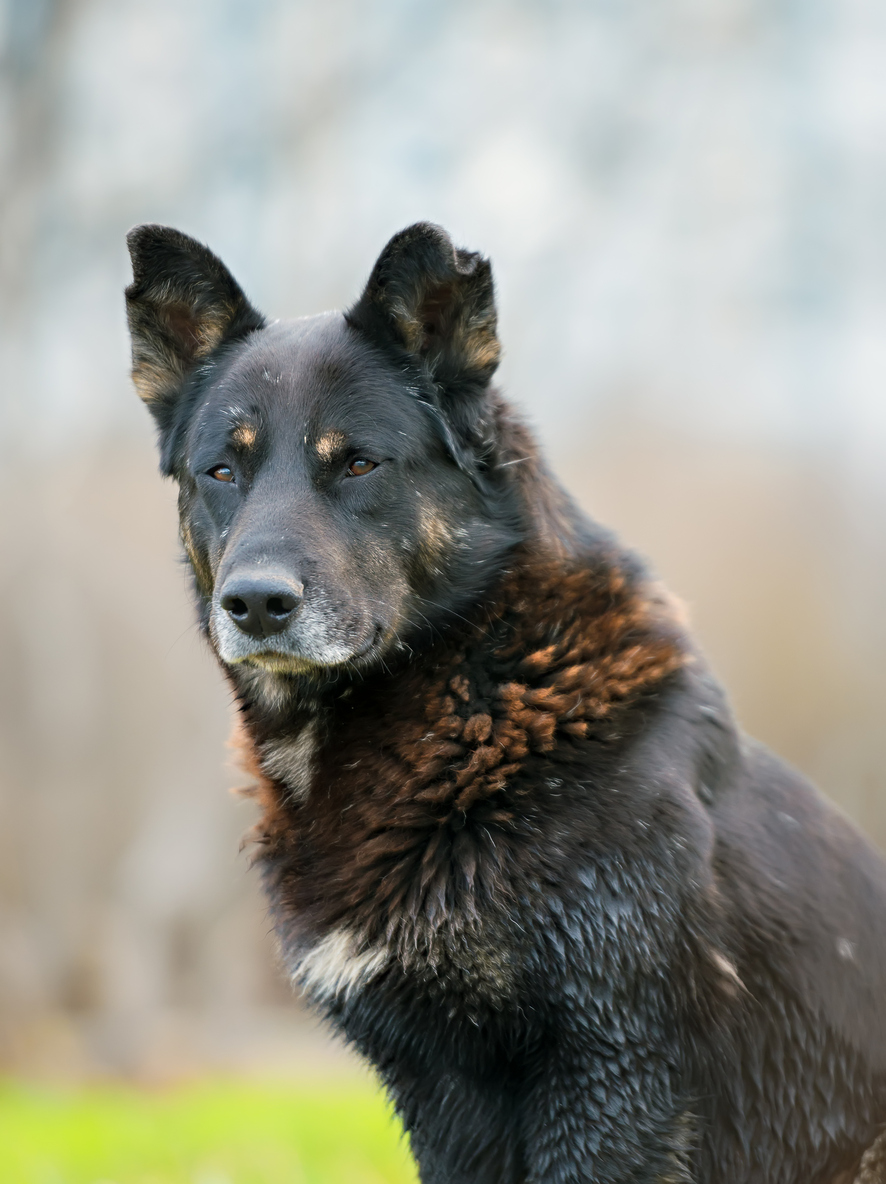 As Samson watched, the young woman standing a few feet from him kept stealing nervous glances in his direction. With each flick of her eyes, she would simultaneously jerk the leash she was gripping in her left hand to keep the small dog on the other end from getting too close to him. Even though the little dog had succeeded in coming within a few inches of Samson’s muzzle on a few of its lunges, the dog was nothing more than an annoyance to Samson whose eyes remained fixed on the young woman.

“Is he friendly?” the young woman asked.

“Yes, he’s a sweetheart,” answered Samson’s owner who was tugging hard on his leash while trying to pet him at the same time. Even though Samson had previously bitten his owner for touching him many times before, during their encounters with human strangers, her hand had, nevertheless, found its way to the top of his head again. Instantly, Samson snapped and felt his teeth graze the hand before it was yanked out of his reach. Samson was in no mood to be petted.

“He’s also very protective of me as you can see” Samson’s owner sheepishly offered to the young woman who had instinctively jumped back, dragging her dog with her, when Samson had snapped.

“Did he bite you?” asked the young woman who was now staring at Samson with wide eyes.

“Oh, no, he would never bite me.” Samson’s owner lied. “He just becomes all business-like whenever he meets someone he doesn’t know until he finally gets to know them. It’s a protection thing. He loves me so much; he doesn’t want anyone ever to hurt me.”

Samson’s eyes narrowed as he matched the young woman’s stare. In the background, he could hear his owner’s sniveling and whimpering voice, and he could feel the vibration of her trembling hand as it traveled down the leash that was connected to his collar. Like always, Samson knew he would have to deal with the young woman because his owner had proven time and time again that she was too weak to contend with dangerous strangers. Although this one wasn’t as tall or robust as most of the other strangers Samson had defeated in the past ten years, as long as she was standing so close, she was still a threat that had to be mitigated. With a ferocity reserved for kill or be killed, Samson roared and hurled himself with all of his might toward the threat. The power of the attack and the speed in which it occurred was no match for Samson’s owner who tried desperately to hold him back but was whipped off her feet and flung face down on the sidewalk. On impact, the air cracked with the report of leather snapping taut as Samson’s momentum was arrested by the leash that was still wrapped around his owner’s outstretched wrist. Samson howled in frustration as he bucked and strained against the leash in a furious attempt to reach the young woman who had snatched up her dog and was backing away as fast as she could.

“No Samson, no!” his owner screamed. Again, Samson ignored his owner’s pathetic pleas and digging his claws further in the pavement; he began to drag her toward the young woman so he could accomplish the only thing that mattered to him at the moment; neutralizing the threat. For a second, the young woman stopped backing away and gawked, as if hypnotized, as the crazed dog dragged his owner toward her like a lifeless doll. For a moment, the scene became a horror movie that was being played in slow motion while she stood frozen waiting for the frothing demon with yellow teeth to devour her. Then instinct mercifully halted the film and the young woman, clutching her dog, turned and ran for her life.

Samson watched the fading form of the young woman until she reached a distance far enough away from him that she no longer posed a threat to his safety. Afterwards, he casually glanced at his owner who was struggling to stand up before he set about scanning the horizon for more human threats. Seeing none, he turned in the direction of his home and tugged on the leash, urging his owner to follow. Another dangerous stranger had been defeated, and now, it was time for Samson the Great Protector, to eat.

This is a story about Samson, a ten-year-old, male, Border Collie/German Shepherd mix that was extremely aggressive when approached by strangers. Samson’s condition, where all unfamiliar humans (male or female) serve as a provocative stimulus that evokes an aggressive response, is prevalent with dogs suffering from mental disorders or from a weak genetic strain coupled with a lack of proper socialization to humans when they were very young.

When dogs encounter people they do not know; they naturally run them through an I.F.F. (Identification – Friend or Foe) filter. If the person is assigned a ‘Foe’ status, they are subsequently run through a threat matrix that labels the Foe as a High, Medium or Low threat. Should the person be considered a High or Medium threat, the dog is very likely to attack the person if they reach for the dog or if they just come too close to it. Some dogs will attempt to flee under the same circumstances, but if their flight is hindered by a leash, an attack is almost always assured.

In the beginning, when Samson was a fearful one-year-old, flight was his preferred option when he encountered strangers while on walks with his owner. However, he soon switched his modus operandi to attacking instead of attempting to flee, because the leash he always found himself attached to prevented him from doing so. In other words, survival taught him that if he couldn’t run away from human threats, he would have to make them run away from him. It worked, and it continued to do so for nine years. However, Samson’s owner never realized he was protecting himself and not her. Unfortunately, this misperception on her part contributed to the steady increase in both the frequency and the intensity of Samson’s attacks over the years when she continued to recklessly expose him to strangers who allowed his use of aggression to be reinforced. When I pointed out this mistake to Samson’s owner, she was extremely defensive at first which is understandable because she loved her dog and genuinely thought he was protecting her because he loved her even more. Nevertheless, when I tied Samson to a tree instead of his owner and his aggression toward strangers failed to drop even one degree, the mistake became evident to his owner.

Accurately identifying the cause of any problematic behavior is the crucial first step in making positive changes to it. In Samson’s case, realizing fear was the cause of his aggression helped us to draw up a behavior modification plan that included environmental management, risk mitigation, obedience training, and counterconditioning. All of which created a higher quality of life for Samson and his owner and greater safety for all those who encountered The Great Protector walking through the park.