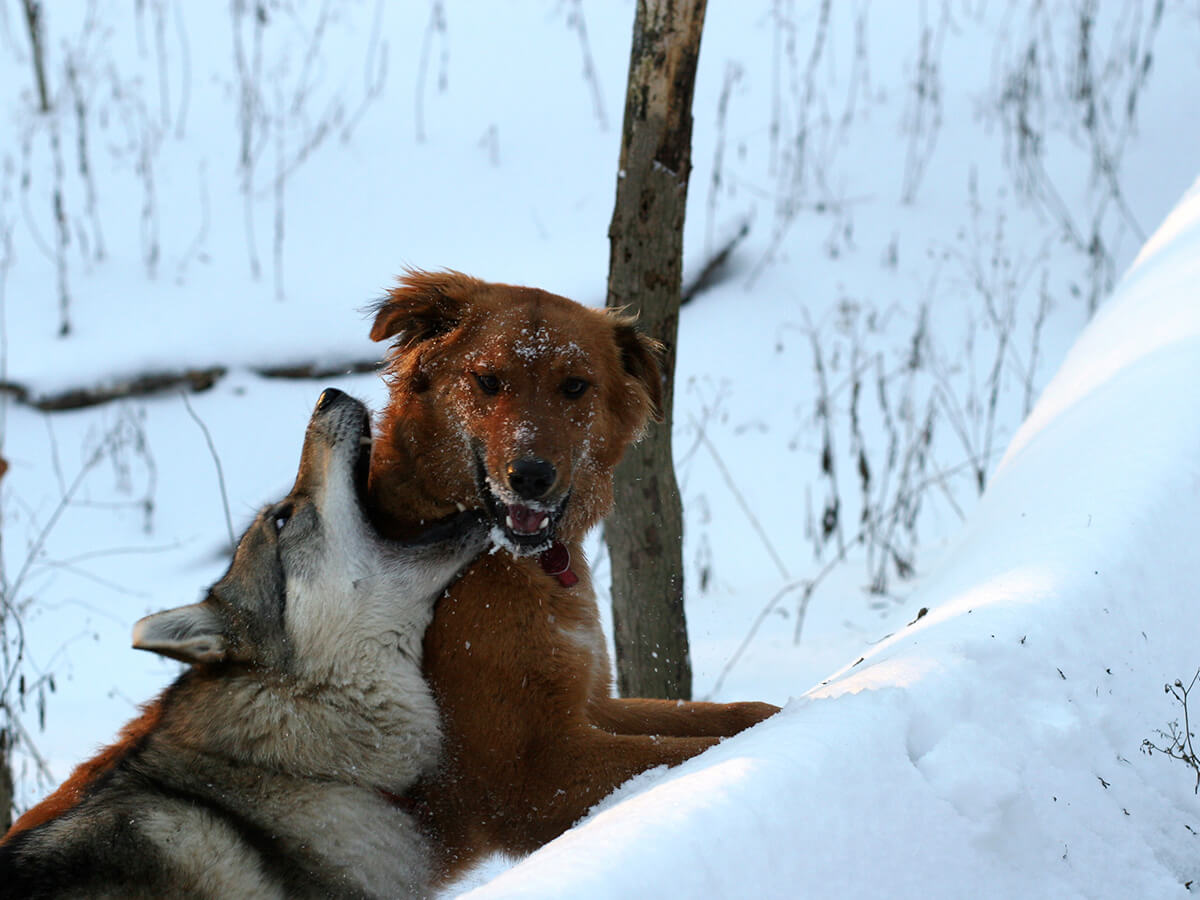 There are many stumbling blocks that average dog owners encounter on their way to achieving manageable and peaceful coexistence with their dogs. Limitations in time, money, physical capabilities, and proper knowledge of the dog itself are just a few. Add the latter to the belief that most American’s hold their dogs to near-human standards (this is called anthropomorphism, which is when people infuse a human persona into their dog), and it’s no wonder that manageable and peaceful coexistence can be very elusive.

One of the major issues I have had to address consistently for years with many of my clients is the ever-persistent comparison of the human neck to that of the domestic dog and how the use of training collars for achieving control can cause great harm to their dogs. During the first five to ten minutes of my initial meeting with these clients, I am provided with important subject matter for my lesson as I witness the client’s dog pulling them from one end of my large training room to the other, all the while wearing head gear or the latest fad in training harnesses. After a few minutes of ridiculous dragging by the dog and a few hundred pleas by the frustrated owner to make the dog stop, I give grace and allow the owner to let go of the leash. While they rub their hands and fight for composure, I ask, “Why the head gear or harness?” Although I already know the answer, I always hold out for a new one over the typical responses I usually hear: “according to the Internet, collars cause collapsed tracheas,” “the positive-only dog training book said they are inhumane,” or “I did put one on, but he kept choking himself when he pulled me!”

In addressing the answers typically given to my question, let’s begin by making a brief anatomical comparison of the human neck to the domestic dog neck. Like your neck, your dog’s neck is comprised of a trachea, a larynx, an esophagus, and an epiglottis, and all of these function is much the same way as yours. However, that’s about where the similarities end.

Unlike your neck, your dog’s neck is extremely powerful. From its ancestor, the gray wolf, the dog inherited powerful muscles in its neck that are still capable of supporting both sprinting and endurance;  the neck could also support the dog if it wanted to drag large ungulates, weighing hundreds of pounds, to the ground. Ligaments attached to major neck muscles assist your dog in opening it’s mouth very wide for grasping and capturing and then tearing and shredding. Play tug-o-war with your dog, and you will feel the incredible thrashing and torquing power in its neck. Other ligaments connect the spinous process of the first thoracic vertebrae to the back of the axis bone (second cervical or neck bone), which supports the weight of the head without active muscle exertion and allows for energy conservation. Trauma to a dog’s trachea from manipulation of a training collar is so remote that in thirty years of training over 100,000 dogs all over the world, including twelve years of owning a veterinary hospital staffed with extremely confident veterinarians, I have never heard of it.

In fact, it is so rare that it has prompted U.C. Davis, School of Veterinary Medicine to declare the following: “The canine neck contains many powerful and well-developed muscles. Because the trachea is surrounded by these muscles, it is usually shielded from trauma. For example, when a dog on a leash running at full speed toward another dog or person is brought up short by the leash, it rarely suffers any significant damage to its neck or underlying structures.” In short, the neck of a canine is the BIG muscle connected to the BIG teeth that connect to the BIG animal that becomes life sustaining energy. Sure, your dog may no longer be a wolf, but it’s neck is still built like one and has the ability to withstand proper leash corrections to its neck.

In response to the complaint that the use of training collars is inhumane, I believe that this complaint is not one dimensional and can easily be attached to any interaction with a dog. A dog could certainly be abused wearing head gear or a harness. The ability to be inhumane to a dog, unfortunately, has no limits. However, to label the use of a particular type of equipment as inhumane, speaks loudly of the ignorance, inflexibility and selfishness of the one purporting it. If the best interest of your client and their dog is a professional dog trainer’s priority, then an attitude of open mindedness is the only attitude to have.

That being said, how does this knowledge of the canine neck anatomy assist you in gaining control of your dog? Hopefully, it will alleviate any fear you have of exploring a training methodology that uses a collar, in addition to a proper skill set, to achieve desirable behavior from your dog. Depending upon your circumstances, this may be a better approach than your previous training experience. If your personal experience with head gear or harnesses has left you not wanting to ever walk your dog again, give it a try.

While doing so, please keep in mind that dog training is a very emotional and competitive business. I could easily write an entire book debating the different methodologies employed by professional dog trainers in this country and which are best. However, that is not the purpose of this blog. Rather, my purpose here is simply to lay bare the facts; I want to expose the myths surrounding the anatomy of your dog’s neck and why the use of a training collar, if used properly, will not harm your dog and will possibly lead you to that state of dog ownership that we all covet: manageability and peace.