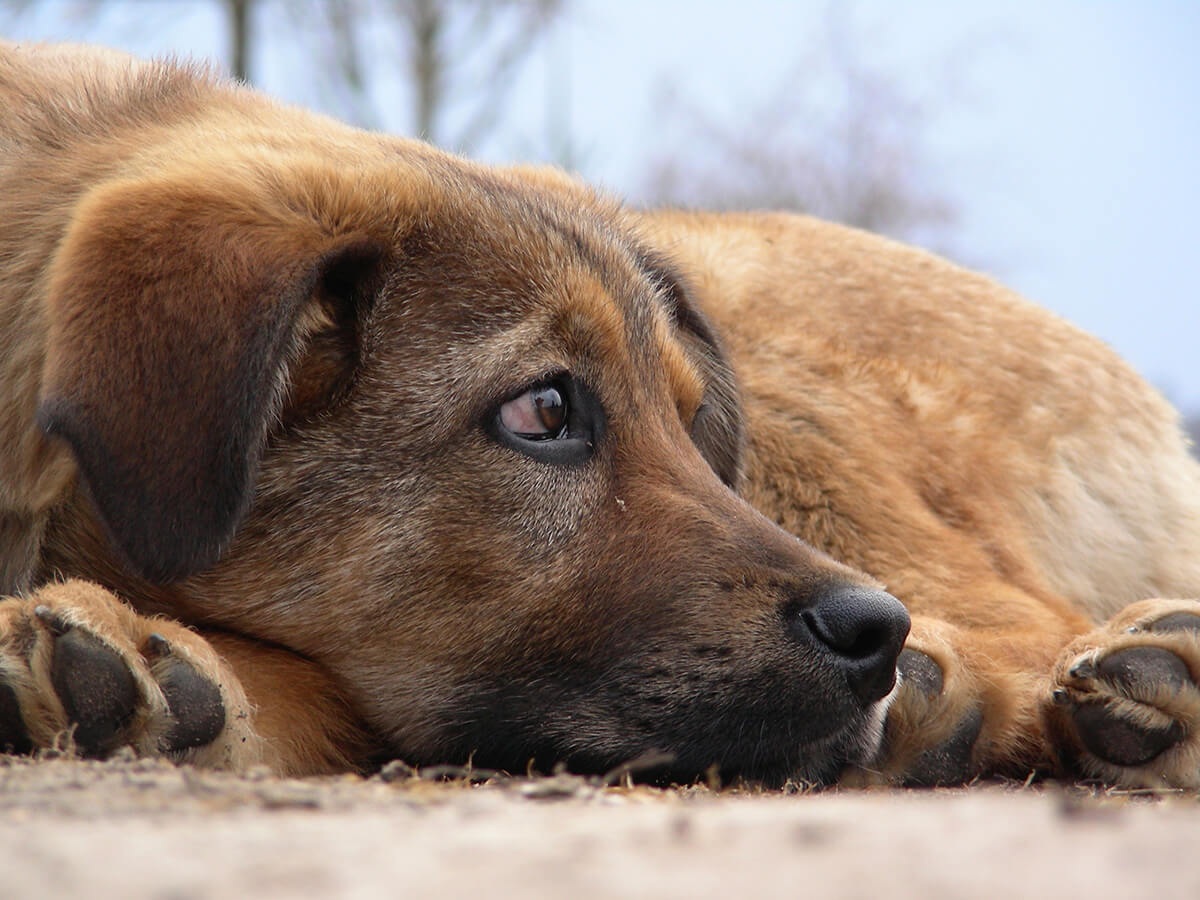 Recently, our five-month-old pup Captain has been displaying fearful behavior, such as growling and ducking behind furniture, when confronted by alien dogs and humans who pass by our home at a distance.  As I have told my clients whose dogs have displayed identical behavior at approximately the same age, I do not worry that this behavior will become permanent.  He’s just passing through one of many periods in which life takes on a fearful perspective.

Safety is not guaranteed for any species that occupies space on earth. Therefore, just because you tell your young dog all will be ok, your reassurance isn’t convincing enough to offset the critical periods of socialization and fear that nature insists upon for the safety and proper development of wolves and dogs.  Although the wolf’s passage through these periods is much shorter and much more intense than your pup’s, they both must pass through them.

The development of the three primary senses (smell, sight, and hearing) plays a major role in the timing of initial fear periods in wolves and dogs, and they both develop these senses at about the same time.  They develop the sense of smell at two weeks of age, hearing at four weeks, and visual acuity at roughly five to six weeks.  However, what they do with their newfound senses is quite different.  According to evolutionary biologist Kathryn Lord at the University of Massachusetts Amherst, wolf cubs begin to walk and explore their world at two weeks of age while domestic dog puppies wait until all of their senses have developed.  Lord notes, “No one knew this about wolves, that when they begin exploring, they’re blind and deaf and rely primarily on smell at this stage, so this is very exciting.”  She then goes on to add,“It’s quite startling how different dogs and wolves are from each other at that early age, given how close they are genetically. Dog puppies at two weeks are just basically little puddles, unable to get up or walk around. But wolf pups are exploring actively, walking strongly with good coordination and starting to be able to climb up little steps and hills.”  In her same report, Lord further explains how the development of each new sense systematically affects wolf cubs but doesn’t affect domestic dog pups until they are six weeks of age.  She states, “When wolf pups first start to hear, they are frightened of the new sounds initially, and when they first start to see, they are also initially afraid of new visual stimuli. As each sense engages, wolf pups experience a new round of sensory shocks that dog puppies do not.”

The initial fear period that comes with being aware of a new world affects domestic dog puppies much like it does wolf cubs.  The difference lies in the timing, duration, and the intensity of each period as reported by Lord.  Because the new sensory inputs are delayed in domestic dog puppies, the sudden input of all three senses immediately overwhelms the young pups causing them to curb their explorations until they are approximately nine weeks of age.  After this period, the pups readily approach and investigate new sights, smells, and other living creatures until they reach the age of four months.  Then, from four to six months, they become neophobic (increasingly fearful of new experiences).  This new fear period facilitates bonding with pack members to include human family members, which is vital to the successful survival of any social predator where teamwork and strength in numbers are of the essence. Because escaping dangerous encounters doesn’t happen often in the wild, learning to avoid something dangerous all together has distinct survival value.

Where the fear periods will end for the wolf at approximately one year of age, domestic dogs will pass through another period between fourteen and eighteen months.  This is a time in which the dog’s perspective of its pack members, alien dogs, and humans becomes more mature and more serious in regard to identifying such as friend or foe.  Because they are merely teenagers at this age, their perspective is inconsistent from day to day as each is viewed from the perspective of a pup one day and as an adult the next day.  If you have a human teenager in your home, you will be able to draw a ready comparison to this!

When Captain runs from our perimeter fence back to me and hides behind the chair I am sitting on because an alien dog or human is passing by, he is simply behaving as nature intends.  I, on the other hand, will not reprimand him or call him a wimp.  Instead, I will remain calm and confident because as his leader, I will simply be behaving as nature intends.  This will further Captain’s bond with me and give him the example that will guide his future behavior.